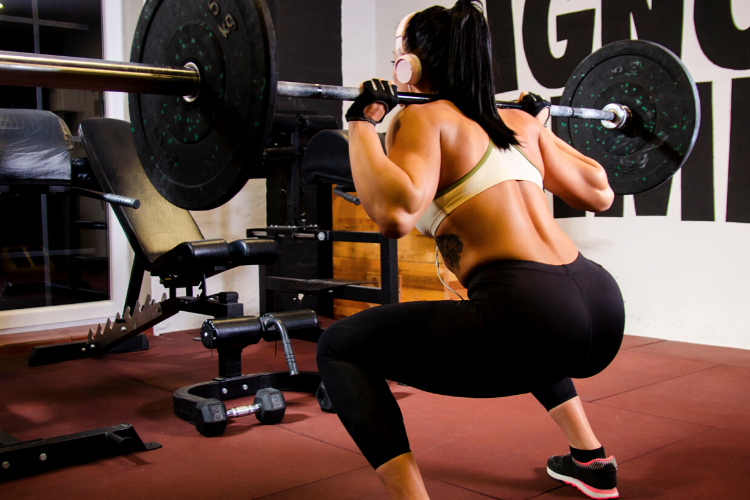 There’s no shortage of lifting routines out there today, but heavy lifters consistently resort back to a core set of them. You’re probably familiar with Starting Strength and Stronglifts – the 2 most popular lifting programs in the world offer a great foundation to get into strength training.

But how long can those last?

Eventually you’ll start to plateau – typically when you start squatting 1.5x your bodyweight. That’s when its time to transition to an intermediate routine with a non-linear progression scheme. While there are at least half a dozen popular options out there, one of the most tried and tested routines for most people is PHAT.

What is the PHAT Workout?

The PHAT Workout was developed by Layne Norton, who is a professional powerlifter, bodybuilding and physique coach, and a natural pro bodybuilder. He also has a Bachelor’s degree in biochemistry and a PhD in nutritional sciences.

He has written for several publications on the topic of fitness, and also has a famous podcast named “Physique Science Radio”. As someone who has genuinely lived the life he’s talking about, Layne Norton serves as the perfect person we should be taking inspiration from.

The Power Hypertrophy Adaptive Training or the PHAT Workout is a training program that consists of a mix of powerlifting and bodybuilding training.

The general approach we’ve all always known, as far as training is concerned, is that bodybuilders use higher reps and less weight to build their mass, and powerlifters rely on low reps and high weight during training.

The unique thing that Norton has done through this training program is that he has combined both of these approaches, so that we can get the best of both worlds from our workouts.

The training philosophy of the PHAT Workout relies on the bond between strength and mass, and it’s this amalgamation that aids us in increasing our deadlift strength.

When we’re aiming to increase mass, we tend to take on a diet that supports muscle growth, and also get into heavier lifts. This, however, doesn’t guarantee development in strength. Norton has designed this workout in a way such that after packing on the mass, that very mass will cause breakage in plateaus.

Therefore, this proves that we don’t have to choose just one of the two options. Rather, combining both the methods is what’s needed to build both strength and mass.

We’ve all looked at the most well-built people around us and wondered how they got into that perfect shape. Well, the answer is that they didn’t go for extremely complicated routines or poke around the newest training equipment. Instead, they used a linear training method and combined it with standard training exercises, which helped them create a solid foundation to build their body on, eventually giving their muscles the best form.

The takeaway from this is that if we want to elevate our deadlift strength, we need a workout that mixes progressive overload and structure, and the PHAT Workout gives us exactly that.

This workout not only increases our raw strength, but also teaches us the various principles of strength, while giving us a sturdy foundation of bodily strength and conditioning.

The PHAT Workout is mainly divided into five distinct sections. Although each section consists of quite a lot of different sets, let us explore a few of the sections and what they contain.

The first section is the ‘Upper Body Power Workout’ and it consists of 3×5 sets of Barbell Bent Over Row, 2×8 of Weighted Pull-Ups and Chin-Ups, 3×5 of Barbell Bench Presses, 2×8 Weighted Triceps Dips, 3×8 Barbell Standing Military Presses, 2×8 of EZ Bar Curls, 1×8 Reverse Barbell Curls, and 3×8 of the EZ Bar Triceps Extension.

PHUL is yet another similar training program created by Brandon Campbell, a famous powerlifter. If there’s anyone wondering which of the two to go for, let me highlight the little differences between the two training programs, to help you make your choice.

The first difference is that while PHAT has six workouts every week, PHUL has only four. The second difference refers to the workout volume that’s needed for each of the programs. PHAT is known to have 47.3% more reps and 23% more sets when compared to PHUL. This is because while PHAT focusses more on bodybuilding, PHUL’s main focus lies in powerlifting and building a strength base.

Both programs take almost the same amount of time to be completed per workout. While PHAT has more volume, PHUL requires us to have more rest between the sets, thereby bringing the average workout time for both the programs up to 50 minutes for each session. Volume rules the day in the intermediate stage, however, so if increasing deadlift strength is what you’re aiming for, I’d suggest going for the PHAT Workout.